A Lacrosse Life: The Story of Jake Deane and the Origins of True Lacrosse 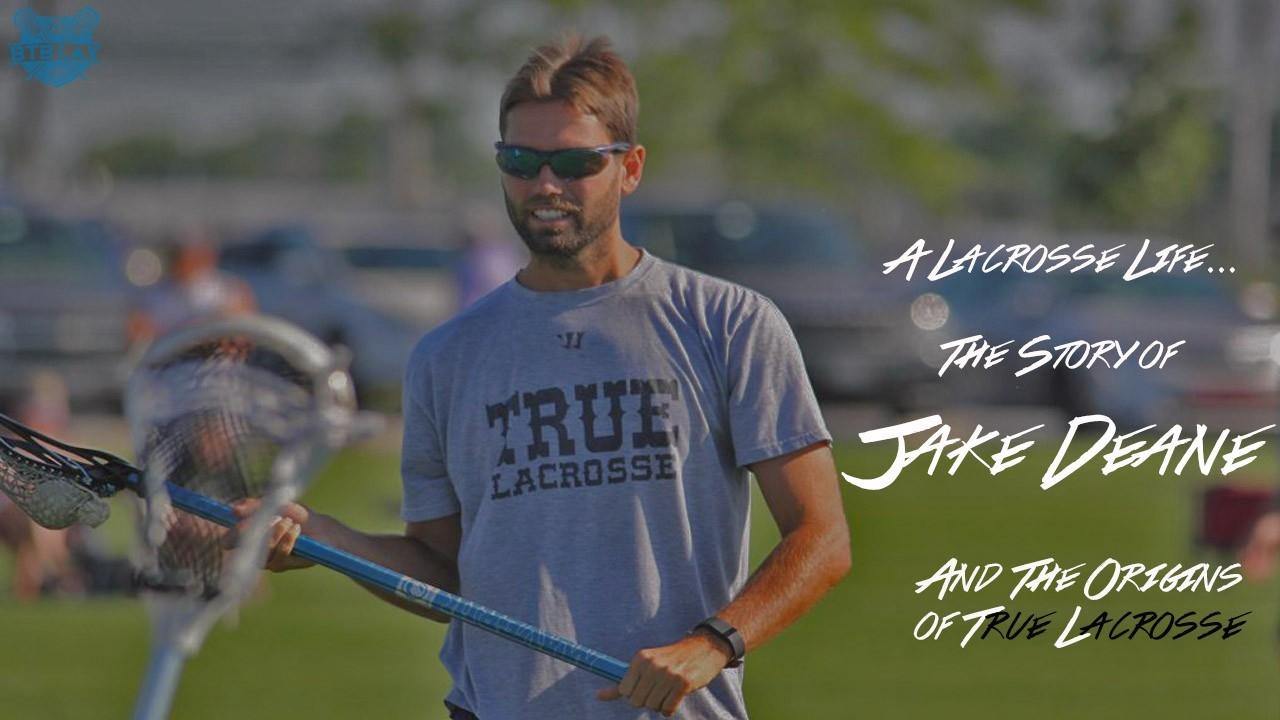 I first met Jake Deane in November, 2009 out in Chicago.

I remember the exact time cuz it’s when Tiger Woods crashed his car outside his Florida mansion…   I remember reading that on the back page of USA Today Sports and tellin’ Gabel this is gonna be a big story...

I was there to help work a True Lacrosse clinic and spend Thanksgiving with my boy, Mike Gabel.  Jake and Gabel started True Lacrosse in 2008...  they recognized an opportunity and pursued it with the same intensity that made them both star athletes.

Gabel and Mike first met while playing for the Chicago Machine over 10 years ago.  Mike’s first look after a save was to Jake cutting up field... (a key to a defenseman’s heart).  A strong bond was established very quickly.  (I know that same feelin’ cuz Gabel would look to me back in high school!)

Jake loved Mike’s work ethic… and vice versa.  I always knew Gabel was a competitive cat and soon discovered that Jake was no different.  The two guys feed off one another...

To this day, Jake always gets his workouts in.  I love it and have the exact same mentality!

Jake is 35 years old.  He wakes up daily at 6:25 and heads straight to gym.  Working out grounds him… keeps his mind straight... and allows him to keep up with the True players.

Going through this a single time is called a “cluster.”

Jake aims to complete 4 “clusters” in 45 minutes.  Sometimes he hits it, sometimes not.  It’s the effort that counts…

(Random tidbit #2:  Jake never listens to music when he works out.  This dates back to his playing days as he never wanted to rely on artificial motivation.  His reasoning was that you don’t listen to music on the field!  Just another example of Mental Toughness.)

Jake played at UMass and chose there cuz of Greg Cannella.  He loved their fast style of play and wanted to win a championship.  Jake admired Cannella’s ability to get the most out of his players, and he loved his blue-collar approach.  Coach Cannella demanded a lot and Jake loved doing the work.  It was a great fit.

(When I was the Graduate Assistant at Tufts, I would drive out to UMass a couple times a year to watch practices and meet with Coach Cannella and his staff.  I also worked for him at the Peak Performance Camp for three years.  I still remember his rule for all camp coaches - “NO FLIP FLOPS ON  THE FIELD.”  I loved that!  Coach Cannella is the man.   He’s demanding, passionate, and fun to work for. Those qualities have produced a very successful Division 1 coaching career.  )

Jake did play for a championship in 2006 when they lost to Virginia.  (Virginia was loaded that year with, among others, Kyle Dixon and Danny Glading.  UVA finished that year undefeated.)

Many people forget, but in the Quarterfinals that same year UMass was trailing by five goals to Hofstra in the 4th Quarter…  at their place!  They stormed back and won in OT sending UMass to its first Final Four.  It’s Jake’s most memorable lacrosse moment.

After college Jake played Major League Lacrosse for several years. He was in his prime from ages 22 to 27 - when his legs were fresh.  Nowadays, he might play in a summer tournament, but only if he’s in shape.  He did lots of track work back in his playing days.  So playing now would mean regularly going back to the track.

(Random Tidbit #3:  The track is a great place.  You can crush yourself in less than 30 minutes.  It’s so good.... I highly recommend getting in the habit of doing track work.)

How does Jake tell if he’s in shape?  The 300-yard shuttle test.  The 300-yard shuttle test varies...  At Tufts we did it in 25 yard increments, so there were more change of directions.  At Gonzaga, we do it in 50 yard increments.  Jake does his in 100 yard increments.  The fewer “change of directions” results in faster times.  No matter the increment yardage, you do three total sets with a 2 minute break in between each.  It’s a tough test… Most college teams use it as part of the run test.

But it’s the effort, work ethic, and competitiveness that matters… Simply doing things makes all the difference… whether it’s on the field or in business.

Back in 2009 when I worked their Thanksgiving clinic, Jake and Gabel had True for about a year.  It was growing then and continues to do so today...  They started True Lacrosse from scratch and today have 54 full-time employees.

They look for coaches and employees that share their similar drive.

For example, when I saw Gabel and Jake last month at LaxCon, Kevin Finn was also there.  A few years back, Gabel and Jake were at a tournament and saw Finn coaching another team. They noticed how he was sprinting from field to field after every game as he was coaching several different teams.  The kid was working his tail off, and it reminded Jake of himself.  They hired him.

Has growing True been easy?

Nope… but neither is lacrosse.

Jake explains it as “trial by fire,” and he loves taking his skills that made him a successful athlete and applying them to business.

The story of True Lacrosse is a great one, and getting to know guys like Jake, Gabel, Finn, and L.C. is even better.

Here’s my advice… when you see these guys on the field pull them aside.

Ask them a couple questions…