A June Gem at John's Hopkins 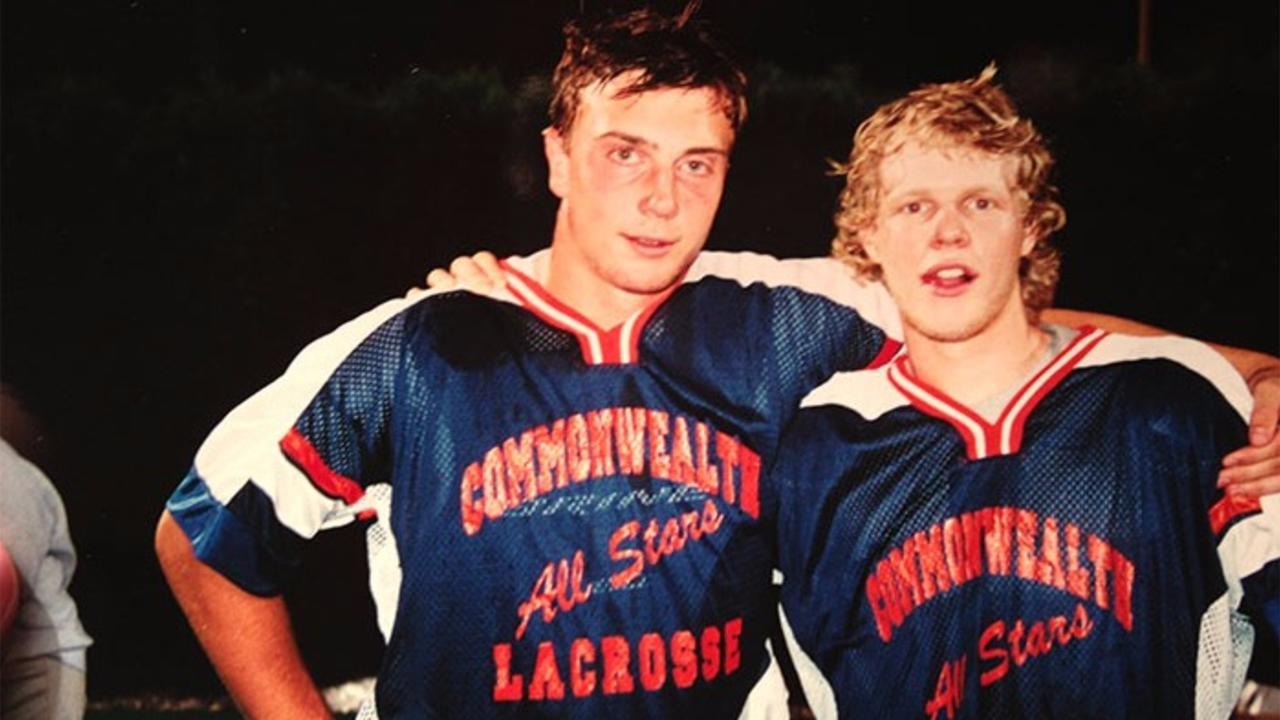 I went to my first sleepover camp in the summer after 5th grade.

It was basketball camp at Syracuse University.

My Dad gave me the camp brochure beforehand, and I would look at it constantly.  I was really fired up to go…

There were probably 300 players there…  I didn’t know anyone, and I rolled in there thinking I could play.

I quickly realized that my game was average at best - plus I got homesick.

A double slap in the face for sure…  It was a big wake-up call.

But I stuck with it…

After I got back home, I really started to appreciate its true value.

That single week might have been the most influential sports week of my childhood cuz I finally realized that success was gonna take lots of work.

I still remember some of the coaches there..  Here’s the cool part - if you stuck around after the sessions, they would spend extra time with you.  You could really soak up some solid tips then.  I still remember they had a “bonus” session where I got to meet with the Syracuse weight coach.

I was all over that (even just being a rising 6th grader).  There were only 7 campers who attended, so it was basically private instruction.  (Everyone else was off at the pool.)

Before that, I had never been in a college weight room - and that helped set the primer for later where lifting became a big component of my training.

When camp ended, the coaches gave all the campers a packet of drills.  I started that once I got back home - and that’s when I discovered the importance of having your training organized.  A truth for any sport, including lacrosse...

I went back to Syracuse camp several more times, and my play improved each year.

But man, that first sleepover camp had a huge impact on my early athletic life.

It exposed me to an entire new world of basketball... not to mention competition in a general sense.

I never actually went to a lacrosse instructional summer camp.  My focus in those early years was strictly basketball.

However, midway through my sophomore year in high school I shifted that focus to playing college lacrosse.

By that time, I only went to lacrosse recruiting camps to try to get exposure to college coaches.

Recruiting camps have a different purpose than instructional camps.

Instructional camps are great cuz their sole purpose is to teach kids how to become better lacrosse players... just like Syracuse basketball camp did for me back when I was a kid.

More on lacrosse instructional camps in just a sec...

One of my high school teammates was Mike Gabel.  To this day, he’s still one of my best friends.

Mike played his college ball at Vermont and then went on to play in the MLL for a decade.

We still talk all the time - mostly about random lacrosse stuff...

Mike, and his biz partner Jake Deane, run True Lacrosse based in Chicago.

The other day, Mike was telling me about a lacrosse instructional camp he’s running in Baltimore next month.  It’s actually gonna take place at John’s Hopkins.

It’s only for players in middle school and junior high… basically kids from 5th to 8th grades.

So it’s not for high school players..

Here’s the thing… there’s only a few spots left.

However, Mike told me how you can get your kid involved... of course, that' only if you’re looking for a top instructional camp this summer.

The cool thing about Mike's camp is that it'll be flooded with college coaches dialing in on all the fundamentals that are essential to becoming a better lacrosse player.

This is what your son can expect from the True Lacrosse Prospect Camp at John's Hopkins...

Ok, so I mentioned before that there’s only a few spots left for this camp next month.  I think there’s 4 or 5 spots left (only 75 kids total are gonna be there to ensure a great player to coach ratio).

If you want to get your son signed up then you need to email Mike directly.

Email him at:  [email protected]

That’s all I got for now…

P.S.  Mike Gabel is one of my best friends.  He played in the MLL for a decade.  He’s organizing an excellent lacrosse instructional camp next month at John's Hopkins.  There’s only a few spots left.