The Last Guy on the Depth Chart... 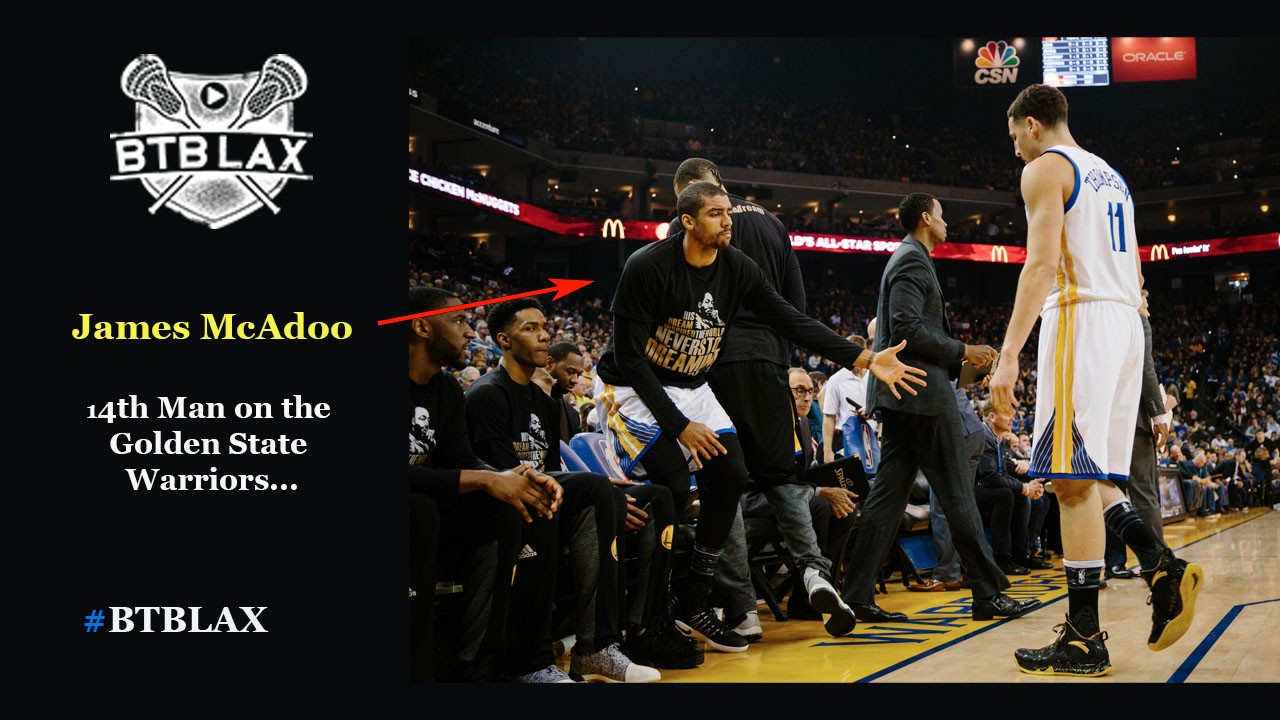 Just Cuz You May Start There Doesn't Mean You Have to Stay There...

Every new season brings renewed optimism about the goals you want to meet both as a team and individually.

Hopefully you got some in mind.

Remember, you need to make the team first (that was always my first goal… even going in to my senior year at Tufts.)

I liked that goal as it kept me grounded. Nothing is gonna be given to you.

After that, you pursue the other goals…

By putting in the work… no secret magic to bypass that unfortunately.

The mentally strong players keep a consistent approach each and every day.

They control only what they can.

Just show up and exert top effort.  Not getting too high in good times, nor too low in tough times...

Some tactics to consider...

Get to practice early and stay late.

Establish a role for yourself and relish it. (Ex. you can be a Man Down specialist.)

I just read this about James Michael McAdoo (the 14th man on the Golden State Warriors basketball team).

“Despite the unforgiving calculus of playing for a super team, McAdoo arrives early and stays late, both to develop as a player and to help motivate his teammates. If the bench-warmers are committed to daily improvement, how can the team’s basketball gods (i.e. Curry and Durant) avoid putting in the work? But McAdoo, who turned 24 this month, also knows his role.”

If you’re good enough, the coach will find a way to get you on the field.

If not, then you're missing something.

The allocation of playing time in your opening scrimmage is often a good indicator of where you stand on the team’s opening depth chart.

I remember, I was dead last when the first depth chart was released my freshman year at Tufts.

I was pissed, but determined to fight.

I treated practice as my games.  That was my only chance to get the coaches attention.

Later that same year I was a starter in our league playoff game.

One way to make a first great impression is to crush your preseason conditioning and strength tests.

Take pride in putting in the proper preparation to excel at those.

If you fail them, you're starting behind the pack.

Start training for those now.

And remember if you want to eventually play, then always stay mentally engaged...  It's up to you.

“McAdoo didn’t not make an appearance in the series. But he was involved. In addition to joining the team at practice, he played two-on-two with the team’s interns and did extra conditioning work with Michael Irr, the Warriors’ performance coach and therapist. It was about staying mentally engaged,” McAdoo said, “Nobody ever told me to, ‘Hey, you need to be in the gym doing this.’ It was on me.”