Mental Toughness is Taking it A Single Play At a Time 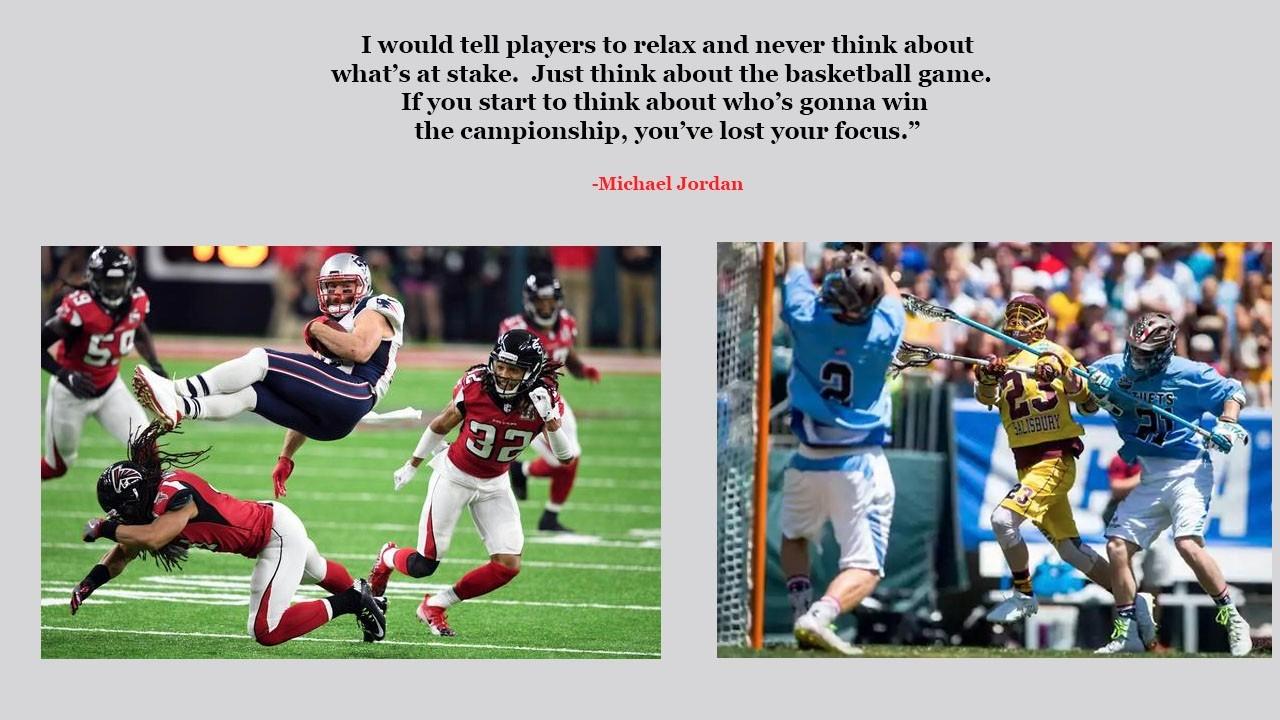 The 2017 college lacrosse season has begun.

Some teams have already played two games (Duke being an example), while others haven’t even started yet (like Tufts and the other NESCAC schools).

That’s an interesting point actually… The NESCAC and Ivy League schools aren’t allowed to practice as much as their respective counterparts.

Salisbury will probably have 20 practices by then.

There's a limit on the total amount of games you can play.

Teams that start earlier need to spread out their games more.

For example, Salisbury averages about one game per week, whereas Tufts plays two.

So, if a school is allowed to start their season earlier, then they’ll just have more practices.

...some players thrive on that, while others can burn out.

I don’t know which is better.  In fact, I think different types of lacrosse players use that information to help make their final decision when selecting a school.

The best programs have established systems.

It’s a “recruit, educate, and replace” mentality where the coaches find their guys, coach them up, watch them graduate, and do it again.

No matter what type of system a coach runs (in any sport), the teams that consistently win have players that are mentally tough.

And, it’s usually the coach who instills that mentality over and over again.

The Super Bowl this past Sunday was a prime example. In fact, that game had a very similar theme to the Division III lax championship game last May.

The Patriots trailed by 25 points midway through the 3rd Quarter.  Heck, even with 13 minutes left in the 4th, they were still down by 19.

But there was never any giving up…

The mentality was simple, “take it one play at a time.” - Looking further into the future takes the focus off the present. And, to succeed in the present required 100% of their energy.

As they made one play after another - their confidence grew.

And with each success, the momentum of the game shifted.

And by overtime, the Patriots couldn’t be stopped, and Brady led them to the go ahead touchdown to clinch another Super Bowl.

Bellicheck kept repeating after the game, “Our guys compete for 60 minutes, and sometimes more.”

They sure did.  And that's what it's all about.

That’s Mental Toughness… Playing one play at a time, regardless of the scoreboard.

Last May, Tufts trailed Salisbury by nine goals in the national championship.

The momentum was clearly in Salisbury’s favor.

The Tufts response… they focused on a single possession at a time.

And slowly they put goals in… that nine goal deficit whittled down.

With just seconds left in the game, Tufts got the look they wanted.

Their top scorer had a shot, but the Salisbury goalie made a fantastic save.

However, what transpired for Tufts to even get to that point demonstrated extreme Mental Toughness.

As I said earlier, great coaches continually preach that “giving up” is simply not an option. (I'm the first to understand that breaks need to happen along the way to accomplish incredible comebacks.)

Tufts needed one more goal to get to overtime.  They fell short.

On Sunday, Brady even admitted that 30 plays had to go the right way to complete the comeback. That’s what happened.

The mentally tough teams always give themselves an opportunity to win every time they step on the field. Season after season.  That's all you can ask for!

Looking for other examples??

The Cleveland Cavaliers were down 3-1, and came back to win the title in 2016.

Roger Federer was down 3-1 in the final set, and came back to win the Australian Open last month.

The common theme… they took one possession at a time. The mental toughness allowed them to forget the past and not be stressed about the future.

By focusing on the present, the future unfolded on its own.