How to Build Confidence and Overcome Stage Fright 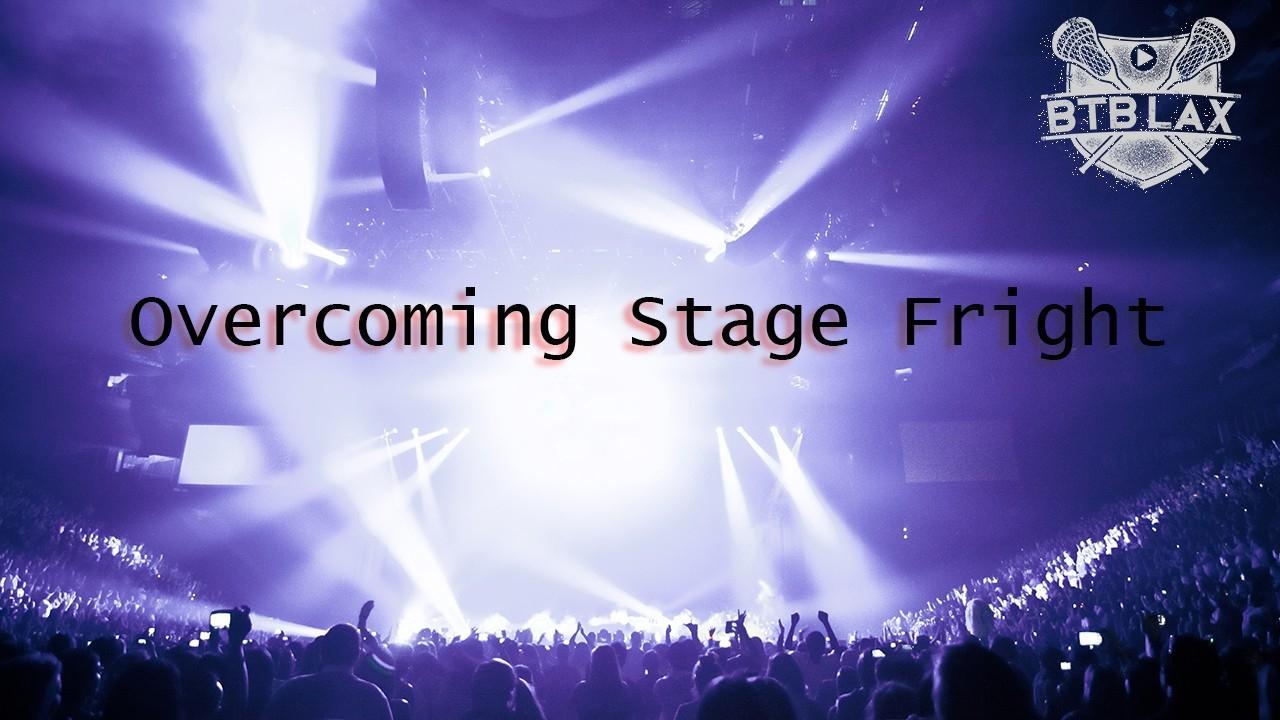 I was a late-bloomer.

At Tufts, I had a decent freshman year.

I began the season dead last on the depth chart.

However, I kept showing up and by season's end, I started our lone playoff game.

I had a poor sophomore season.

My junior year was below average.

My senior year was solid.

I had decent stick skills, but should have drilled them more.

At one point I really struggled catching clearing passes.

(That was a big deal because I was a defenseman.  I wish I knew Bath's trick of choking up to catch with a long pole...)

I would stay after practice to work more and it improved.

I bring this up because I read a New Yorker article about the actor, Ethan Hawke.

In 2001, while performing in Sam Shepard’s “The Late Henry Moss,” Hawke was gripped for the first time by stage fright, which he likened to “accepting a date with the Devil.” The feeling stayed with him and got worse after his divorce.

Each time he stepped out of the wings, “it felt like walking into a moving propeller. “

This is common with many people across a variety of disciplines.

Hawke had been an actor his entire life, and then he got stage fright.

... seemingly out of nowhere.

I had played lacrosse for many years, then couldn’t catch a long pass.

(Looking back, maybe I never actually was good at it?)

A golfer might get the “yips” and can no longer chip or putt.

Part of what helped Hawke overcome the paralysis was making a documentary, “Seymour: An Introduction” (2015), about the concert pianist and fellow-sufferer Seymour Bernstein, who taught him how to take pride in the stage fright rather than pretend it wasn’t happening.

Now, although the fear still looms “in the darkness of my mind,” Hawke said, he considers it “a friend,” albeit one “with a wicked, abusive temper.”

“If you focus on the task at hand—the play, the words, the tone, the mood, the music of language—it ceases to be about you. You’re doing it for others,” he said, adding, “There is a tremendous confidence that comes from surviving it.”

I can’t begin to explain how many times I hear people talk about focusing on the task at hand.

… not thinking about past plays.

… Not getting ahead of yourself and worrying about the future.

Michael Jordan talks about it...

In August, Harnold Varner III was on the cover of Golf Digest.

Varner is from North Carolina and is sponsored by Jordan’s brand… so they’re buds.

The best thing that MJ has told me is about being poised, about being relaxed.  Just being control of the situation and not letting the situation be in control of you.  After the PGA, we talked for 20 minutes about just staying in the present.  [In the 2019 PGA Championship at Bethpage Balck, Varner played in the final pairing with Brooks Koepka on Sunday but shot an 81.]

I got a little ahead of myself and hit some bad shots.  He told me:  “No matter what situation you’re in, you can’t get ahead of yourself.”

I remind myself of this every time I'm in a tennis match.

I whisper to myself, "Play the current point.  Look at the ball."

Nick Saban wrote a book about this concept.

Arnold talks about locking your mind into the muscle you’re working in the gym.

... really focusing on the muscle so that it grows.

(I stopped wearing headphones in the gym to help become more present in the gym.)

Hawke observed how Bernstein focused on the task at hand — that allowed him to overcome stage fright.

For me, it was choking up my grip on my stick and watching the ball until it was completely in my stick.

Not letting any future distractions of a dropped pass cloud my present focus.

That builds confidence once executed time and time again.

Remember what Coach Starsia says — to build confidence, you must live, compete, and succeed in a stressful environment.

I'll add do that Every. Single. Day.

Overcoming an obstacle that you struggled with is a great example of “succeeding in a stressful environment.”

Go to the gym.

Go to the track.

And when you go to these stressful places... PUT YOUR PHONE AWAY!