10 Points and a Birthday... Duke Cruises 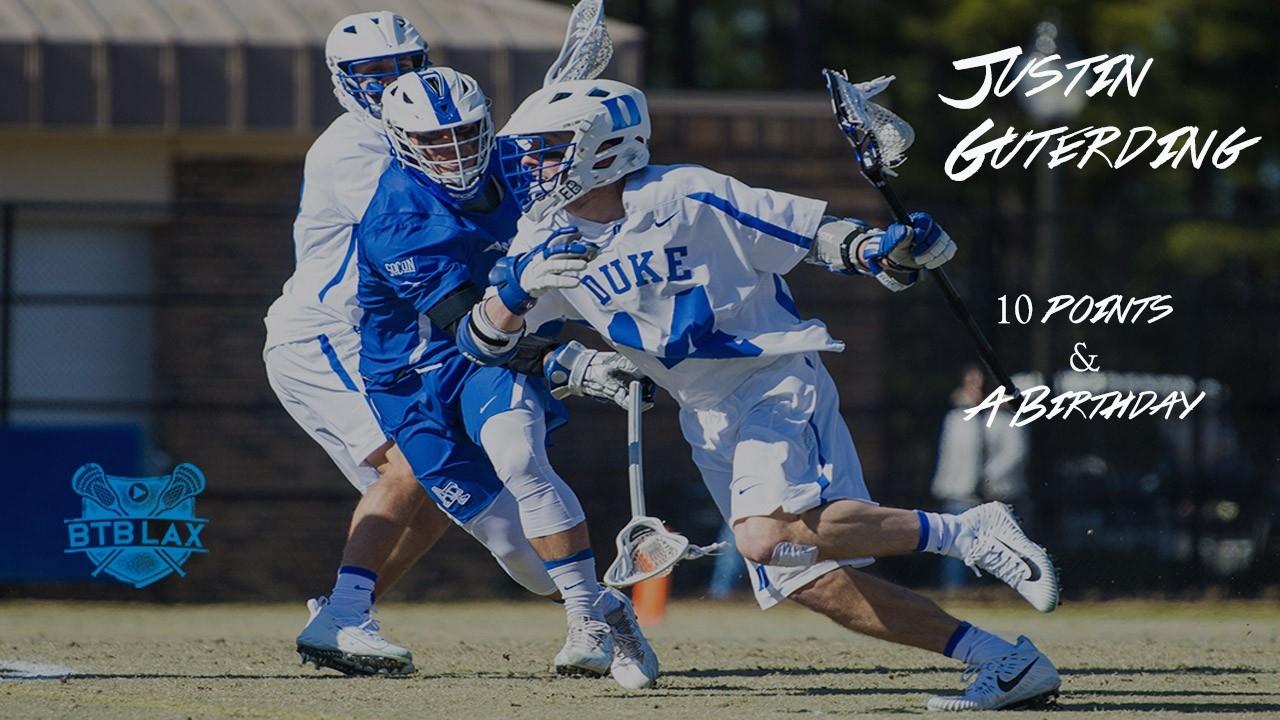 I think Justin Guterding might have been kinda motivated for the season opener.  After all, he was snubbed from the pre-season Player of the Year lists.

Duke opened up against Air Force… just like last year.  And it was obvious early on that Air Force wasn’t gonna pull off the upset this time around.  Duke cruised the whole game as it was a strong showing for the country’s top team.

It was Guteding’s birthday, and to celebrate he loaded up the stat sheet with 10 points (3 goals and 7 assists).  He took over the 5th spot on the all-time Duke point leaders in the first quarter.

I’m working out the kinks to my video “capturing and editing” system… Once I get that organized, I have some Guterding clips to share.

He sees the field so well.  Fun to watch.

Duke is the beneficiaries of two top transfers due to the graduate eligibility rule.  Peter Conley came over from Georgetown, and Kevin McDonough came from Penn.

These two guys just made Duke even deeper.  I think they played 35 guys against Air Force.  The first three midfield lines were getting runs early in the first quarter.

…most Division 1 teams only have one or two (maybe three) guys that can do that.

Trent Harper, their face-off guy, is a stud.

He won 9 of 13 draws in the first half (not sure about his second half numbers)...

Air Force really struggled to clear the ball...  You can bet that Coach Seremet will be conducting some film sessions this week. That’s gotta get cleaned up quickly…

I’m pumped that the season is here.