Air Force Over Duke - Two Times In a Year 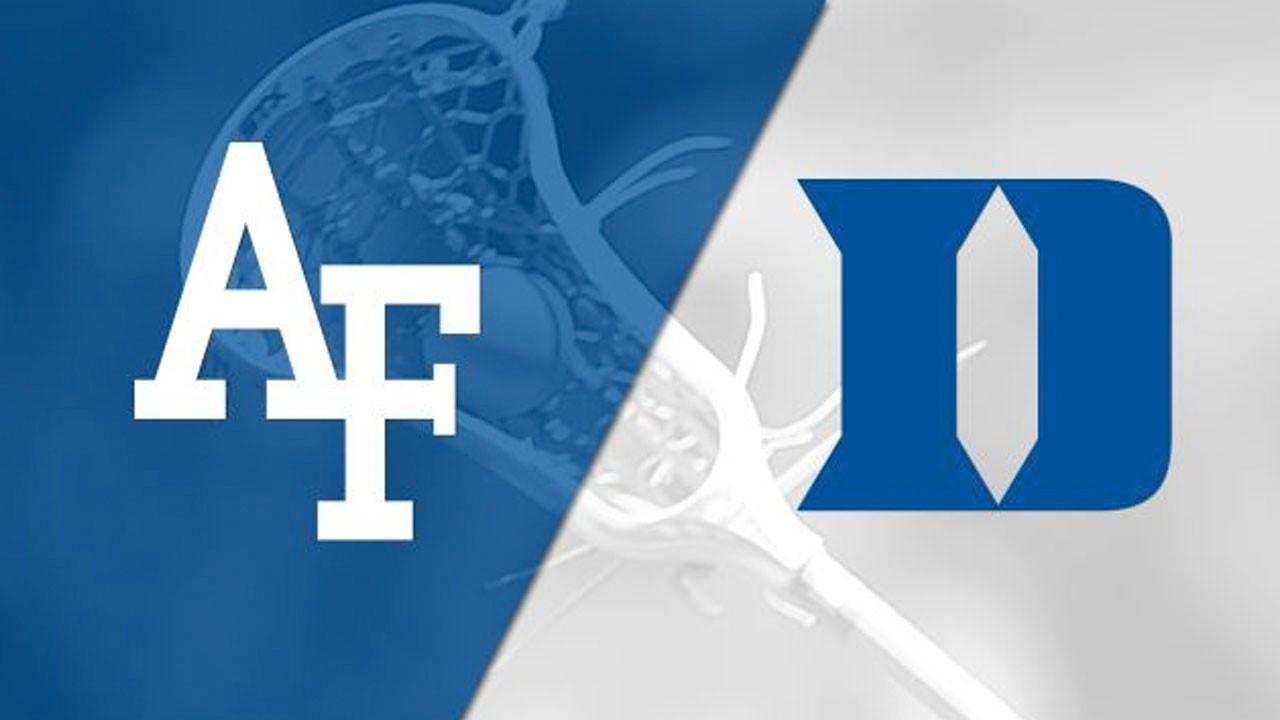 Opening the season against Duke and Denver is no joke.

But all head coaches have their own philosophies on scheduling non-league opponents.

Last year, Air Force started the season 0-2, and then rattled off 15 straight before dropping their opening round game in the NCAA tournament.

Back on February 5th, Air Force kicked off their 2017 season at Duke.

…and for the second time in less than a year, they traveled to Durham and got a victory.  No small feat.

Duke graduated a bunch of guys last year, including do-it-all midfielder, Myles Jones.  So, this year’s team is young, but loaded with talent.

(Duke’s incoming freshmen class was ranked #1 in the country.)

This game was back and forth from the get-go.

Both goalies started off on fire.

Justin Guterding, Duke’s leading scorer, almost had three early goals but missed the mark each time.  Guterding’s a scorer and usually those looks go in.

Anyway, Air Force is very well coached, and they were patient on offense throughout the entire game.  This disciplined approach helped them later in the 4th quarter...

By the second quarter, Duke's Joey Manown (a freshman attackman) tallied his first two goals of his young college career.  This kid's gonna be really good.  He’s aggressive and plays like an upperclassman.  Keep an eye out…

The game was tied at six early in the 3rd quarter, just before Duke rattled off two quick goals.

Normally, this is when Duke goes on their run, however, a ridiculous behind the back goal by Air Force shifted the momentum.  This started a five goal spurt for Air Force.

The patience of Air Force played a key part on their go ahead goal to take the lead 9-8.

This was just a simple 2-man game behind the cage with a screen.  Some miscommunication on Duke’s part resulted in a lay-up for Duke.  I think the extended Air Force possessions all game long resulted in this temporary Duke defensive mishap.

Screens and patience are key ingredients for a strong offense.

Air Force pops in another, then one more.  Air Force leads 11-8.

Air Force was man-up coming out of a time out.  They didn’t get a shot off, however, they maintained possession.  That’s key cuz now the Air Force man-up unit was playing against Duke’s man-down unit in 6v6 offense.

Air Force took advantage and scored.  I consider that a man-up goal.

Duke doesn’t go away tho…

Guterding heats up in the 4th and scores twice to get Duke within a goal.

Air Force has the ball with time ticking down.  They do a good job of eating up the clock, however, an Air Force player slips.  Coach Seremet saves possession with a heads up time-out.

Duke has a final chance to tie it up… they just need to clear it.

Offsides on Duke.  Those types of mental errors are common for young teams.