The Controversy of USA over Canada 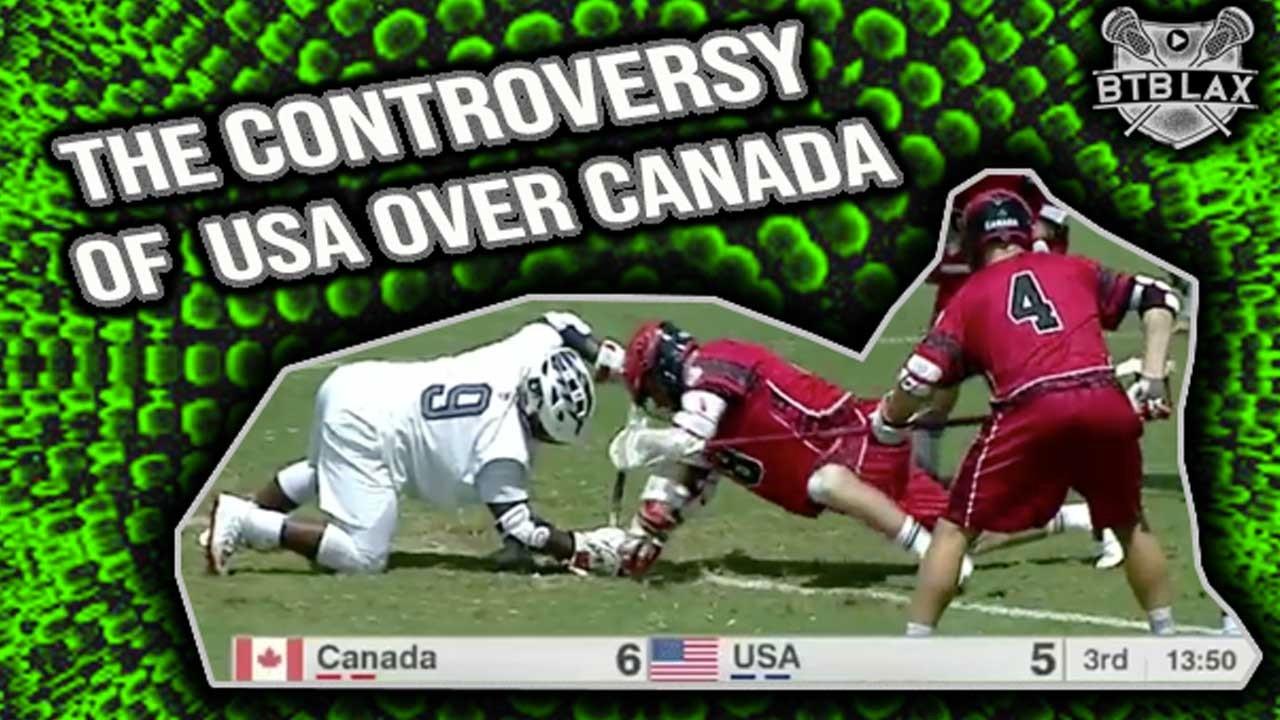 I watched the championship game earlier this week on my faithful Watch ESPN account.  (I love that service!)...

Team USA and Team Canada were matched up in the title game.  Pretty much a forgone conclusion. The US team was tryin’ to avenge their loss to Canada back in 2014.

I didn’t watch any games leading up to title game - all games were televised ridiculously early due to the Israel time change (the games were played over there).

Lots of drama at the end of this game.  So much that the Federation of International Lacrosse had to issue a statement addressing TWO different instances…

I pulled it for you…

“After a review of available information, the FIL has concluded that the end of the FIL Men’s 2018 World Championship Gold-Medal game was appropriately officiated by the appointed game officials. The time keeping of all FIL games is conducted by off-field officials, commonly referred to as bench or table personnel. The off-field officials maintained the official Game time for the contest. The on-field officials conferred with each other and table personnel prior to reaching the conclusion that the goal by the United States was indeed scored within regulation time. Furthermore, the FIL game does not finish with a goal since the final goal was scored with time still on the clock, the remaining time must be played, in this case, one second. This was the reason for a face off to conclude the game.

The off-side call late in the fourth quarter by the Chief Bench Official has been widely questioned. After reviewing available video, the call could have been made in error. Although the FIL strives to ensure errors by officials are minimized, the unfortunate reality is errors are made by match officials in all sports. Currently the Federation of International Lacrosse does not have any rules that allow a call on the field of play to be challenged, nor for video review of a call. This call was not a time serving foul, but rather a call that resulted in a change of possession. Both teams had further opportunities after this possession call was made.

Team USA could’ve scored three different times in the final 20 seconds BEFORE ultimately doing so with a second left.

Give great players multiple chances, then one is bound to go in.  The final play was awesome tho (link). Such good hands by Schrieber.

Four good looks.  One is gonna go in.  (You gotta watch the Schrieber shot with 3 seconds left multiple times to even see what happened.  He had a good look.)

Canada gained possession with about five minutes left.  I made a YouTube video showing it… but basically a Canadian defenseman shuffles back over the midline.  He probably thought he was off-sides...but he wasn’t.

And the referee blew his whistle before going through his count.

Change of possession.  No time serving penalty but still...

Ryan Brown sniped one shortly thereafter to tie it up.

Game on.  Team USA back in biz.

Team Canada not happy.  I can’t blame them.

Quint Kessenich, Anish Shroff, and Paul Carcaterra (the ESPN announcers - really like those guys) were pissed as well.

I found it strange that the official FIL statement included this sentence -  “Both teams had further opportunities after this possession call was made”...

Isn't that just a face slap to Team Canada??

My interpretation… “Yeah the ref messed up but you still had chances to score.”

Why even add that in??

Just apologize and move on.

Adding that extra ding is kinda weird.  (I’ll keep my eyes open in other sports this fall to see if other official statements add similar language. Stay tuned...)

Some of the defensive stick work on groundballs was SO GOOD!

For those young defenseman, make sure you watch these guys handle the ball.

The announcers love Ryan Brown.  Can’t blame 'em. He can shoot the rock.  He led Team USA in goals (kinda like my buddy Scotty Urick did back when he played on Team USA.)

Mark Cockerton is a beast.  His goal with absolutely no angle was ridiculous.  He dodged from the wing all day long... Aspiring offensive players should work on that stuff...

I love Canada’s big guy, Kevin Crowley.  Good hands. Can move. Strong. Tough guy to defend.  I’m gonna have to watch him more in the MLL...

The temperature was steep.  Both teams were rather stagnant offensively as the game wore on.  Plus they play 20 minutes quarters. Plus they don’t substitute a ton.  Guys were gassed.

I think Jeff Teat was the youngest players on the field.  He hit the pipe late in game which would have been HUGE.  He’s gonna be around for a long time.

That's all for this week...