So Called "Experts" Say You Need to Play Lacrosse All Year Round (and nothing else)... Well, You Actually Don't 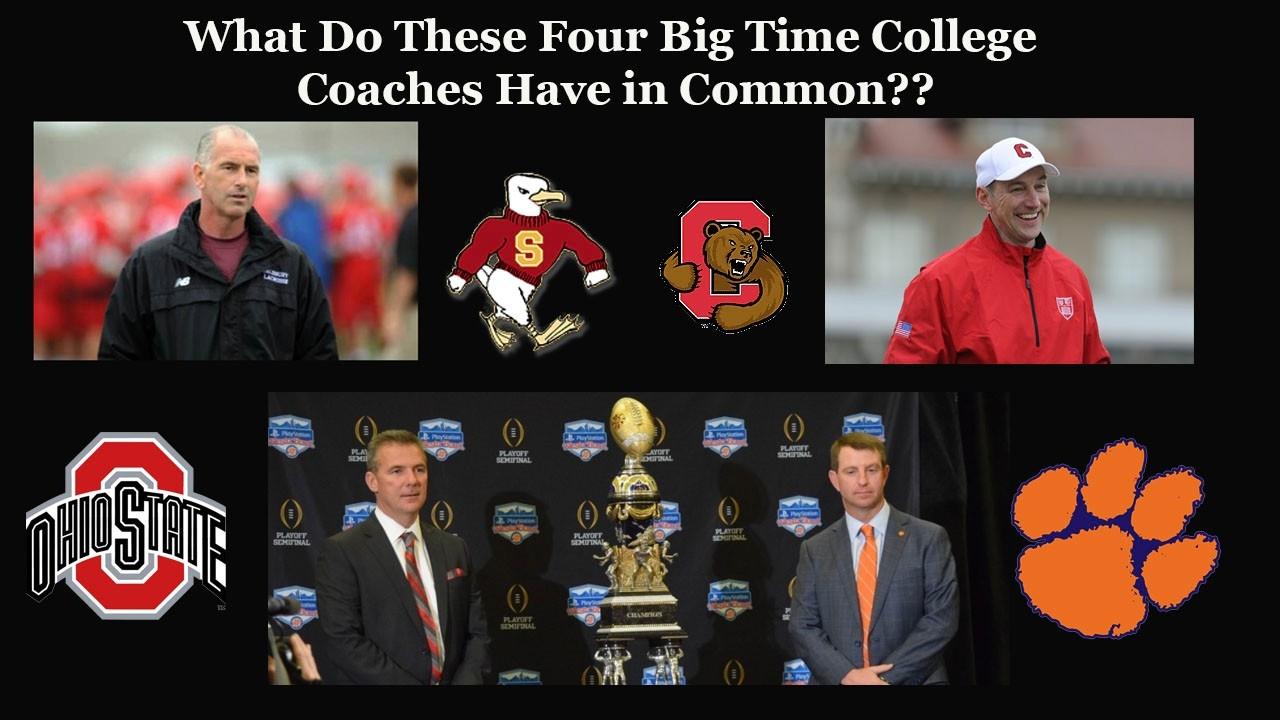 There's a Minority of BIG Time Coaches Who Disagree

Nowadays everything is so URGENT.

"Sign up for tryouts today so that you'll have your best shot to make the fall travel team."

I see it all the time.

What if you're playing a fall sport... like football or soccer?

Parents feel the pressure, and they often fall victim to it.

These same parents go on to sign their kids up for every try-out so these "potential" opportunities aren't lost.

The New York Times ran an article about this very topic recently.

It was talking about the Clemson vs. Ohio State playoff football game.

... and how both Urban Meyer and Dabo Swinney share a love of the multisport athlete.

(For those non-football fans, these two guys are two of the top coaches in the country.  Both probably make close to $5 million per year.)

Anyway, both Meyer and Swinney "are swimming against the tide of specialization in youth and high school sports."

They're looking for those multi-sport guys...

Coach Swinney was quoted about his own kids playing baseball...

Parents should get out of the way and let kids be kids.  I think it'll all work itself out.  There's enough pressure.  If you're good enough, you're going to be good enough.

Coach Kerwick, the Cornell head coach, flat out says in the Lacrosse Recruitment Roadmap that he's looking for multi-sport guys.  Those players who've been in lots of pressure filled situations... not just on the lacrosse field.

We had several guys on our Gonzaga squad who missed the fall recruiting tournaments becasue they were playing football.

Playing in a football game, or playing in a shortened fall lacrosse game.

One more thing to add...

How many kids who specialize in just lacrosse actually spend 2+ hours a day (6 days a week) working on it?

By the way, Coach Berkman has won 11 National Championships at Salisbury.

It's safe to say he has an idea of what's going on.

I know he said it, becuase he shared it all in the Lacrosse Recruitment Roadmap.

So unless you're in that 10% of lacrosse players, you probably should be out there working by playing mutiple sports.

So there you have it... a little food-for-thought if you're debating whether to specialize on lacrosse only or not.