SkyCoach — In Game Instant Replay to Gain an Edge 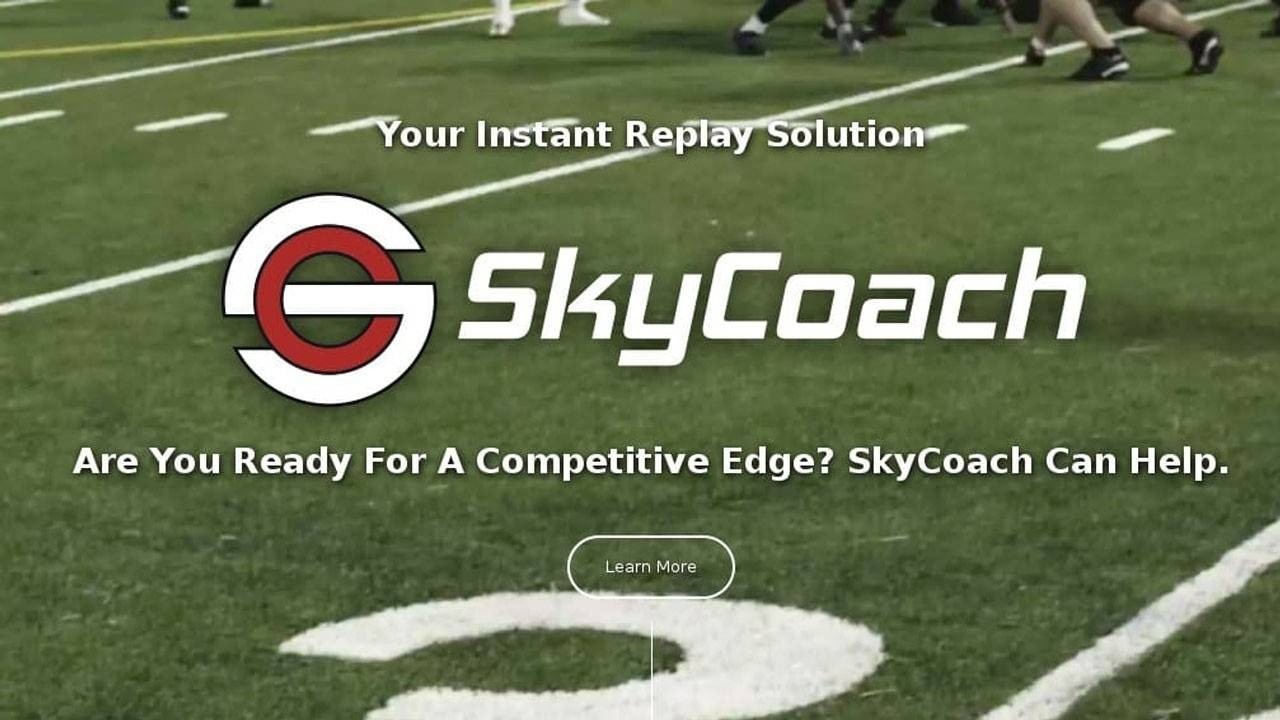 A couple years ago, college lacrosse coaches started carrying iPads on the sideline.

Some teams were using technology to provide in-game replay.

Coaches could “play back” what just happened seconds ago... and use that information to help make decisions.

Around that time, I got an email from Krossover (now combined with Hudl) saying that they partnered with SkyCoach.

(Remember, we use Krossover to host all of our Gonzaga film.)

I did some research and talked to Coach O’Neill about it.

We both wanted it for the Gonzaga program.

(Many high school football programs already use it.  In general, football is more advanced with film technology than other sports.)

Coach O’Neill told me to pursue it…

SkyCoach provides both the hardware and software to set up in-game instant replay.  It also integrates with Hudl to help speed up upload times… this saves time when the game is over to the get the film in Hudl.

(You want the film in Hudl, so their staff can start breaking down the film.)

The prices are very responsible… about $1,000 per year.

(I was thinking that it was gonna cost $5,000 per year which would have exceeded our budget.)

We signed up and used it for the entire 2019 season, and for the start of the 2020 season (until the season got cancelled due to Covid.)

I manage the whole process and actually really enjoy it.

We film all of our games with a digital camera...

On the side of every digital camera is an HDMI input.

I connect my laptop to the camera with an HDMI cord.

I separately connect a SkyCoach antenna to my laptop with a USB cord.  The antenna is also plugged into the wall for power.

I have the SkyCoach software on my laptop, and I run that application.

(You set this software up initially with the correct settings.  Keith  — a SkyCoach guru — walked me through this over the phone to make sure it was set up properly the first time.)

I then walk down to the field, and set up another antenna (this antenna requires a power source as well.)

The two antennas create a network.

On my iPad, I select the SkyCoach network… you should see it listed if the antennas are set-up correctly.

I open the SkyCoach application on my iPad.

(Again, you set this up initially to make sure the correct settings are selected.)

I should see the feed now.

Operating SkyCoach is a two person job. (It can be more if you have multiple iPads on the sideline.)

At the minimum, you need someone with the iPad on the sideline and someone at the laptop that is connected to the camera.

The person at the laptop is responsible for “coding” the game.

SkyCoach works by sending individual clips to the iPad.

So the person coding the game is creating those clips… for the entire game.  At the end of the game, you might have 40 clips or so… maybe even more.

Creating a clip is easy… you just press the spacebar on the laptop..

Once the game starts, you’ll begin seeing clips inside the app.

I hold the iPad on the sideline, so I can select a clip and play it back.

There are functions where you can write on the screen as well.

You can also label the clips in a systematic way, and then utilize the Skycoach filter function to see related clips.

For example, you can label stuff like:  GON_GOALS, FACEOFFS, SAVES.

When I first started managing this process in 2019, it was intimidating.

You have big case with all the hardware.... The antenna’s and the stands.

I realized that I needed several extension cords, athletic tape, plastic bags (to protect stuff if it rained), and an umbrella.  All that stuff fits in the case, and I make sure that it’s packed in an organized fashion.

Finding power can be an adventure on away games.

There is a way to set up the system without power, but I'm not really sure who to do this.

We have several student managers at Gonzaga, and I assign one of them to code the game.

For home games the camera and laptop is up in our press box… so that manager might not be thrilled to be away from the team during the game.  If it’s super cold, then the manager gets to stay warm up in the press box.

Sometimes clips get lost… and it usually happens when another coach wants to see something.  There’s nothing that can be done in that situation.

Systematically naming the clips is important for filtered searches throughout the game.

If you don’t know the correct name and spelling of the naming conventions, then you can’t find stuff easily.  That wastes time.

For the most part, the system works great.

It’s amazing technology, and it puts our program at an advantage, because no other lacrosse program on our schedule uses it.

We’re fortunate because we have several assistant coaches and student managers… so the manpower is there to operate the system.

I also like how I’m holding the iPad during the game, so it doesn’t distract Coach O’Neill.

He can simply yell to me that he wants to see something and I can pull it up quickly.

It’s great for playing defense and identifying sets or plays that our opponent's offense is running.

It’s also great for replaying penalties or close calls… we’ll have hard evidence to help support our case if an errant call goes against us.

The system eliminates any guessing of scenarios that unfold on the field.

If there is a question on how a goal was scored… simply pull up the clip and see what happened.

Once a season is in full swing, then setting up the system becomes clockwork.

There can be some troubleshooting issues at times, but for the most part the system set-up is seamless.

For the 2021 season, I'll be using SkyCoach for the first time this week.

That’s all for now…