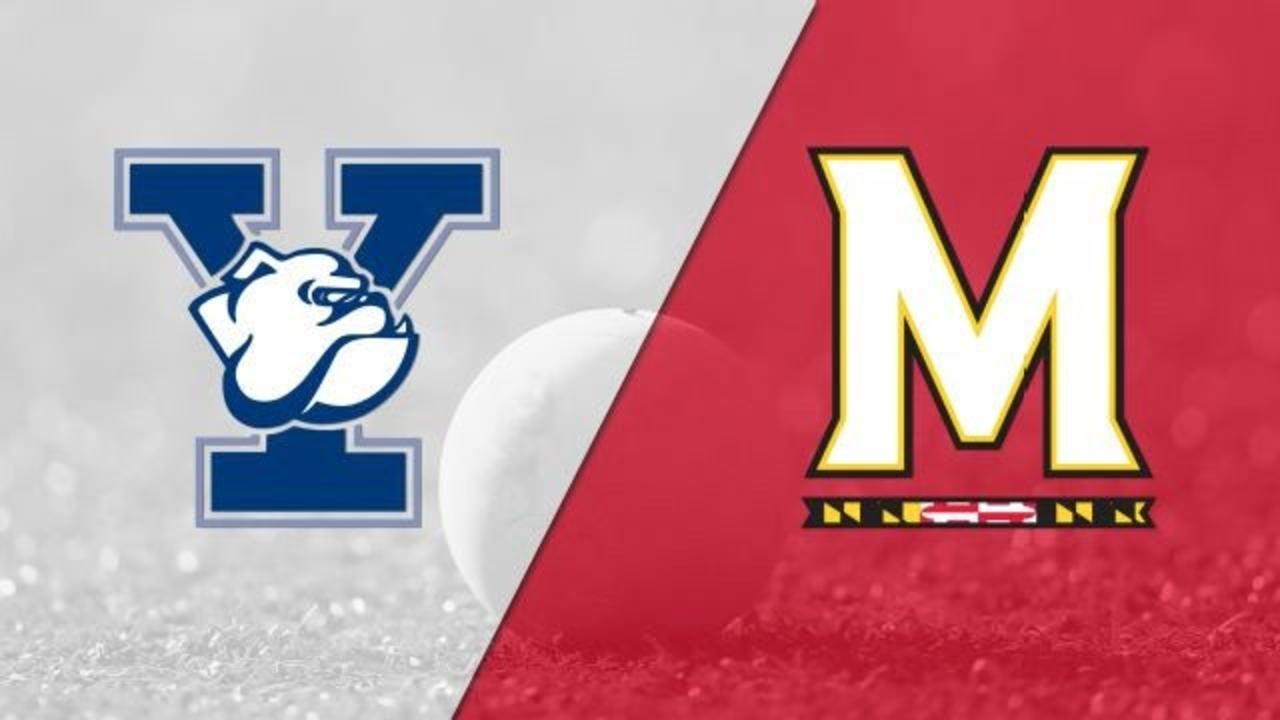 Let me tell you something to start this thing off... Maryland plays a tough, no joke schedule.  Their non-league games include Navy, Notre Dame, Albany, Villanova, and Yale.

Gets them ready for tournament play.  Kinda like Coach Izzo does with Michigan State hoop every year.

The Yale game has become an instant classic pretty much every year.

Yale’s victory over Maryland in 2016 helped propel them to the #1 national ranking for a couple weeks.

Andy Shay has been the head coach at Yale for 14 years.  Before that he was an assistant at UMass under Greg Cannella.  (Coaching under Cannella is a proven path to becoming a head coach…  There’s Shay at Yale, Jason Miller at St. John’s, and Chris Gabrielle at Providence.  Not bad representation for the Minutemen coaching alums.)

Coach Cannella used to run the Peak 200 Camp in Springfield, Massachusetts.  I worked that camp for three years when I was the graduate assistant coach at Tufts.  Cannella and Shay would roll together in a golf cart monitoring everything.  They were always great to me, and I pull for their teams every year.

One of Cannella's rules for coaches working Peak 200 was no flip flops.  He wanted all coaches in sneakers… focused and ready to coach.  I love that rule.

Cannella is as blue collar as they come, and my guess is that Shay’s style is very similar.

Both coaches have paid their dues… and now they run top programs.

This year's game was tight early… until Maryland’s attack started to heat up.

Their attack unit is loaded with talent and experience.

Matt Rambo, Colin Heacock, and Dylan Maltz are all seniors and they lead the team in points.

Anway, Heacock ripped a goal to make it 5-2.

He scored another soon after to give Maryland a 7-3 advantage.

Coach Shriver retired after the 2015 season.  He was the head coach there for 36 years, and his overall record was absurd.

I coached David Shriver (Bob’s son) at Georgetown.  David is now an assistant coach at Penn State.  I visited him a couple weeks ago to watch Penn State play Cornell.  I watched that game with Coach Shriver.

Anyway, Heacock has played with some great attackmen.

At Boys' Latin he played with Shack Stanwick and Colin Chell.  Stanwick starts at Hopkins and Chell starts at Ohio State.

This is my favorite part…  At Boys' Latin, Heacock was a year older than Stanwick and Chell.  Guess who took Heacock’s attack spot the following year?… Pat Spencer.

Coach Shriver put Spencer on the JV team his sophomore year in high school.  He wanted the ball to be in his stick the entire time.  And that wasn’t gonna happen if he played varsity with Stanwick, Heacock, and Chell.

Spencer is now one of the best college players in the country.

Back to the game…

Jared Bernhardt scored to make it 8-4.  Bernhardt is Maryland’s do-it-all freshman midfielder.  He’s on their first line and is just a freak athlete.  (His two older brothers both played at Maryland and in the MLL.)

He doesn't come off the field.

(Quint Kessenich said that Bernhardt had a chance to play option quarterback at Georgia Tech.  However, Tillman worked his magic to get him to Maryland.  Be thankful Maryland faithful.)

With about 10 minutes left in the 3rd Quarter, Maryland led 11-5.  Looked to be Blowout City.

Yale never gave up.  Despite playing without Ben Reeves, their top player, they grinded back.

Yale’s freshman attackman Jackson Morrill is another young stud.  He’s played at McDonogh (a school Gonzaga plays every year).  He tallied one to make it 11-6.

That’s when Yale started their run.

Along the way, Eric Scott chipped in 5 goals to help the comeback.

With all the momentum in Yale’s favor, Mother Nature did her thing.

That allowed Coach Tillman and Maryland to get re-organized.

Scott had one last look with 10 seconds left, but missed wide.

Despite the loss, Yale jumped up in the rankings.

However, both Maryland and Yale lost this past weekend.  I'll be back in touch in a couple days...