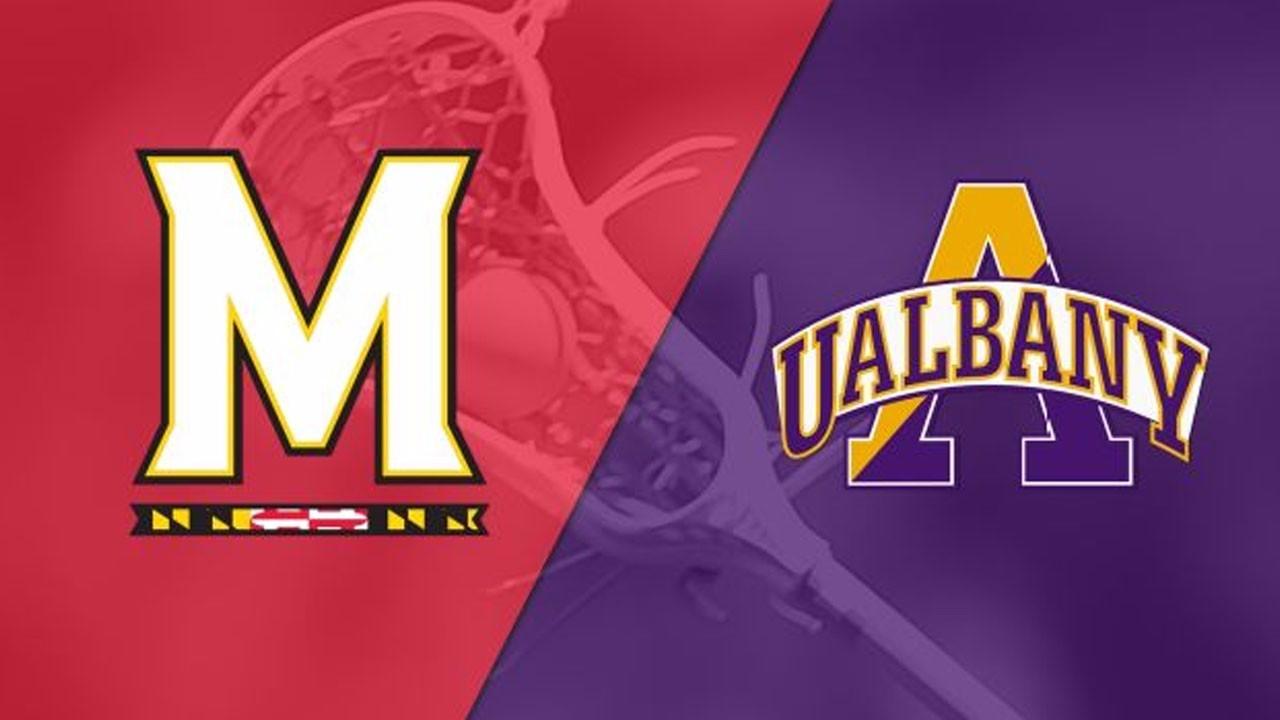 So, I’m definitely behind on my game watching...

I did watch Brown play Princeton last night in the first round of the Ivy League playoffs.  What a game!  I'll break that one down at some point.

The beauty of the “Watch ESPN” app is that I can watch all the missed games even after the season ends.

That’s gonna be the plan.

But, this post is all about when Maryland played Albany...

So the game was eventually played Albany on April 12th.

I say that cuz the game was originally scheduled for March 11th.

That game was postponed due to extreme cold temperatures (there’s a new rule NCAA rule about that).

This time, however, Maryland took a 7 hour bus ride up the night before.

Lacrosse programs are only budgeted for a certain amount of dough per season.  My guess is that flying the entire team up to Albany a second time was probably cost prohibitive, and not in that original budget.

Either way, Maryland decided to schedule Albany AND travel there so they would become more equipped to handle adversity.  Travelling there twice was obviously an added layer of adversity that wasn’t originally planned for...

… all in preparation for the NCAA tournament.

I watched Albany play Syracuse in their season opener. Here's that post.

Connor Fields was quiet that day...

Since then, he’s been on fire - and averaging almost 4 goals per game.

Albany has a dynamic offense - they shoot the ball over 45 times a game.

They also have TD Ierlan -- a tremendous freshman face-off specialist who’s winning over 70% of his draws.

Albany jumped out to an early 3 zip lead.

I wish I could show the video, but all I got are still frames for now…

Fields had a ridiculous behind the back assist to help Albany get their third goal.

Now, here’s where momentum can shift so quickly in lacrosse.

Albany had the advantage on the ensuing face-off… they basically had it won, but couldn’t pick the groundball up.

You give a team like Maryland a little window, and they barge down the entire door.

Berhardt scores to make it 3-1.

Albany takes control of face-off again, but can’t pick it up.  Dagger!

Albany stops the momentum and scores.  4-3.

Albany throws a full court press against Maryland on their ride.  What’s Maryland do??

Here’s the thing with a lacrosse 10 man ride… you’re taking the goalie out of the net to become a rider.  Consequently, you have an extra guy to cause chaos on the clearing team.

With the goalie out of the net, the riding team is exposed to those hail mary shots.  I’ve seen those shots go in plenty of times...

Maryland took a 8-5 lead early in the 2nd half by a Matt Rambo goal.

But thanks to the sustained tenacity of Connor Fields, Albany eventually tied it up at 8-8.

Muller was tasked with guarding Fields… Muller is an All-American himself.  Just goes to show you how dangerous Fields is.

Maryland scores with under a minute in the 3rd Quarter.  (They did the same thing in 1st and 2nd Quarters as well.  Those limited time goals are real killers.)

Maryland took a 2 goal lead in the 4th, but Fields assisted Rhey to get the count to 12-11 (Maryland advantage).

Fields had an open look with about 20 seconds left, but missed.

Maryland hung on for a tough - tough road win.

Maryland took all that adversity and drove home with a win.