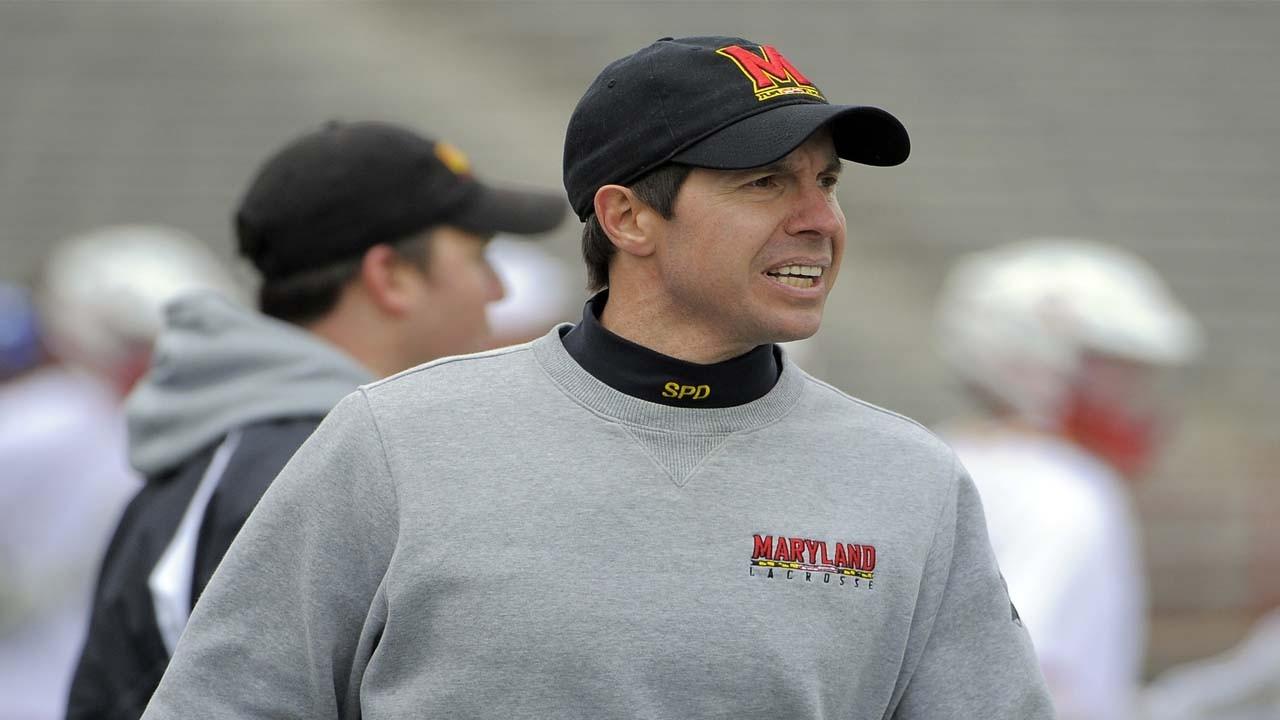 Final 4 weekend is to lacrosse like the Super Bowl is to football.  It’s the pinnacle weekend of the lacrosse year, and the teams get to play on it’s biggest stage.

Most young lacrosse players dream of being there someday.

For that weekend, the players get pampered like professional athletes… they stay in nice hotels, have press conferences, get fancy new gear and sticks…  All while trying to remain focused on the ultimate prize.

The players excitement and confidence is contagious and really fun to see...

How could youth and high school lacrosse lovers not want that?

But what you’re seeing on that particular weekend is just a small snapshot of the entire college lacrosse world.  You’re seeing the best college teams of the year - first class programs...

People tend to overlook how these programs are built.  After all, it doesn't happen overnight... instead it takes lots of time.

Coaches usually spend years as assistants before elevating to the top job.  They learn under others and develop their unique coaching style and recruiting philosophy.

Given the opportunity to lead a program, coaches first build their staffs… then pound the recruiting trail to attract the “right fit” players.

He paid his dues, and more importantly, developed his recruiting philosophy and coaching style long before all this recent success at Maryland.

Tillman played his college ball at Cornell under Richie Moran.  (Moran coached at Cornell for 29 years and had record of 257-121.)

Tillman started as an assistant at Ithaca College in 1992 (the year after he graduated from Cornell.)

Cornell and Ithaca are neighbors, so perhaps he walked over there one day asking Jeff Long for a coaching job.  (Coach Long just completed his 30th season as head coach at Ithaca, so he was just getting started back in 1992.)

I’m sure Long was pumped to find an eager young coach looking for a job at his doorstep… (and I wonder if he saw signs back then of the success that would one day come.)

Long played at the Naval Academy and started his coaching career there with the “B” team.  He had a few stops, including Virginia, before taking the top job at Ithaca.

Ithaca played in the Division III National Championship in Tillman’s first year of coaching… giving him a taste of the ultimate prize.

It’s my guess that Coach Long is a disciplinarian.  (I’ve been watching Showtime’s Season with Navy Football, and see how regimented everything is there.)

It’s also my guess that Coach Long recommend Tillman for the Naval Academy assistant job in 1997 because that’s where he ended up.  Tillman would go on to coach at Navy for the next 12 seasons under Richie Meade.  They had some very good teams and played in the National Championship in 2004 (giving Tillman another taste of the ultimate prize.)

So Tillman’s entire 16 years as an assistant coach were heavily influenced by the structure and demands of the Naval Academy. And there’s no doubt in my mind this had a huge influence on both his recruiting philosophy and his coaching style.

Recruiting to Ithaca has its challenges.  Ithaca is a Division III school in upper state New York with cold winters and lots of snow.  The best lacrosse players from that area want to go to Syracuse, Cornell and Hobart.  Ithaca is on the back burner.

Recruiting to Navy also has its challenges.  It’s really hard to get kids admitted.  Once accepted, players need to realize that their college experience will be totally different than the norm.  They’ll be getting up at dawn, their days are structured, their free time is limited… And they have to serve for four years following graduation.  That’s a big commitment.

So for 16 years as an assistant, Tillman crafted his recruiting pitch to get the “right fit” players for those two programs.  He learned to sell the positives of each school.  He also identified the key characteristics in high school players that would often dictate their future success in college.  And it’s my belief that Navy taught him how mental toughness was the separating factor.

And then in 2008, Tillman was hired for the top job at Harvard.

Recruiting to Harvard has it challenges… Harvard is very appealing to high school kids due to its name alone.  Kids go there knowing that they’ll be well connected to land a top job come graduation.  However, it’s still really tough to get players accepted due to the stringent academic standards.  For example, if Harvard can get 5 kids in a class, then Syracuse might be getting 12… giving them more depth at every position.  The player pool was limited but Tillman still attracted talent, even securing a Top 5 recruiting class in his final year at Harvard (he was only there for 3 seasons.)

The Maryland job opened following the 2010 season.  I’m not sure if Tillman was targeted or if he simply applied for the job.  Either way, I’m sure he had an interview…

And this brings me to a major tenant of his coaching style… preparation.

It’s my guess that Navy influenced Tillman on preparation.  (Sound familiar?  Bill Belichick has some Navy roots as well.)

Whether it be game planning, recruiting, practices, off-season workouts… everything is meticulously planned.

And back in the summer of 2010, I believe he was the most prepared job applicant that Maryland interviewed (assuming they even interviewed multiple people…)

And at Maryland, Tillman can still recruit the same type of “Navy” kid… someone who is talented, extremely mentally tough, and willing to prepare.  He just now has a much wider pool to draw from...

Playing for Tillman at Maryland is extremely demanding and competitive.  Not all talented players can hang there.

Handling Adversity is a pillar of the program.

So yeah, you saw them walk off the field victorious on Memorial Day, but the program was being built long before that…

Tillman’s Inner Navy propelled it along to the ultimate prize.