The Ohio Machine and Belichick 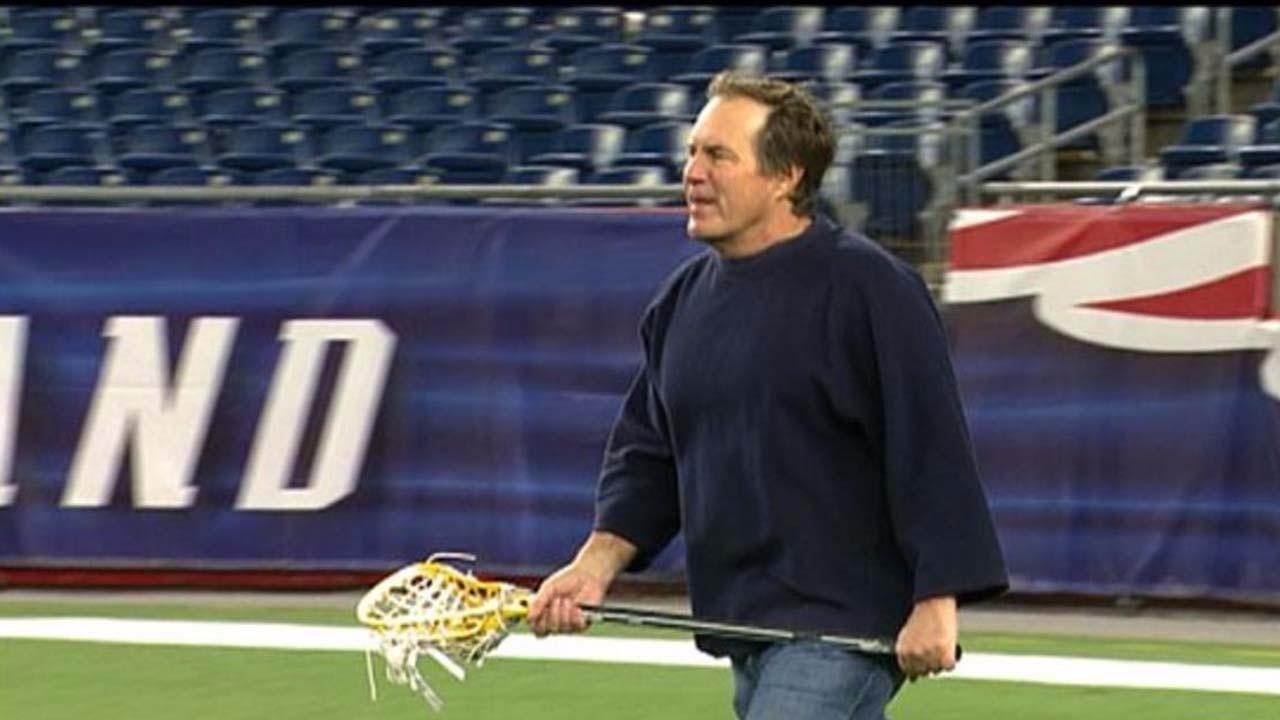 So I caught the Lizards/Machine game earlier this week.

The stakes were high for Ohio (the Machine)...

If they won then they guaranteed themselves a spot in the 4-team MLL playoffs.

They took care of business and won handily, 21-14.

So Ohio will join Denver and Florida in the playoffs.

Still one spot up for grabs, and I’m not sure how all the scenarios play out…  It’ll all be sorted out by tomorrow.

New York does have a shot, but they need a lotta of help.

The Lizards (New York) got tons of talent…

Pannell has a huge year in 2016.  Little quieter this year, but he’s still one of the league’s best.

Gurenlian is an impressive player.  Face-off guy who holds the all-time record at Penn State. He started playing in the MLL in 2006.  Back in 2015, he had a 73.1 win percentage.  That year, he was the league MVP- first time that ever happened for a face-off guy.

This is Gurenlian’s last season as he’s retiring.  Very strong guy, and he’s gotta be as he’s taken over 3,500 draws in the league.  I’d be interested to see what that guy does in the weight room.

Joe Walters has been in the league since 2006.  He’s got over 400 points in the MLL.  Played his ball at Maryland and was a 4x All-American.

Kyle Sweeney is still in the league.  He started his MLL days back in 2003.  Talk about being in great shape.  He still running around with guys 10 years younger than him.

Kyle played ball at Georgetown.  Was an All-American - seems to be a common theme with these guys.

Before watching, I didn’t know much about Ohio.

Man oh man, they got some players.

Their star, Tom Schreiber, was a little quiet.  But a ton of other guys had big games.

Peter Baum is nasty.  The guy can shoot the rock.  I’m gonna grab some clips from the game and show what a powerful shooter on the run he is.

Connor Cannizzaro is making a big impact as well.  He just graduated and was the 5th pick in the draft.  Think he was just the MLL player of the week.  He played originally played at Maryland, but transferred to Denver.  Won a championship at Denver and was an All-American.

Mark Cockerton had a big day.  He had this one goal where he did an “indian pick-up” in traffic then scored behind the back.  It was insane.  I’ll grab a clip of that as well.

Marcus Holman is also really good.  He played at North Carolina. He scores a ton of points and is an MLL All-Star.

Kyle Harrison crushes it for Ohio as well.  He's been in the league forever - former Hopkins guy.

Ohio controlled the game from start to finish.  They have a very strong defense.  Good goalie play.

Ohio’s coach is Bear Davis.  He used to be the head coach of Archbishop Spaulding in Maryland.  Before that he started the program at Robert Morriss.

I think he works for Ohio full-time.  I’m not sure how many MLL teams offer full-time jobs for their coaches.  I’ll dig into that…

With the win, Ohio clinched a home game in the playoffs.  They might even be the top seed, but that’ll all play out soon.

Getting back to Rabil real quick…

He just started a podcast and he interviews some cool people.

His first one was with Bill Belichick - head coach of New England Patriots.

Belichick is a big lacrosse fan.  He’s a Hopkins fan and met Rabil a while back.

The two have stayed in touch…

Anyway, Rabil is good at interviewing.

Bellicheck talked about his program and their mentality.

Just really focusing on each day and trying to accomplish their goal THAT DAY.

It’s the same approach I recommend for your lacrosse training…

Get out there today and focus on getting better.

Whether is a track run, a lift, or skill work.

The programs I developed can put you on the right track...