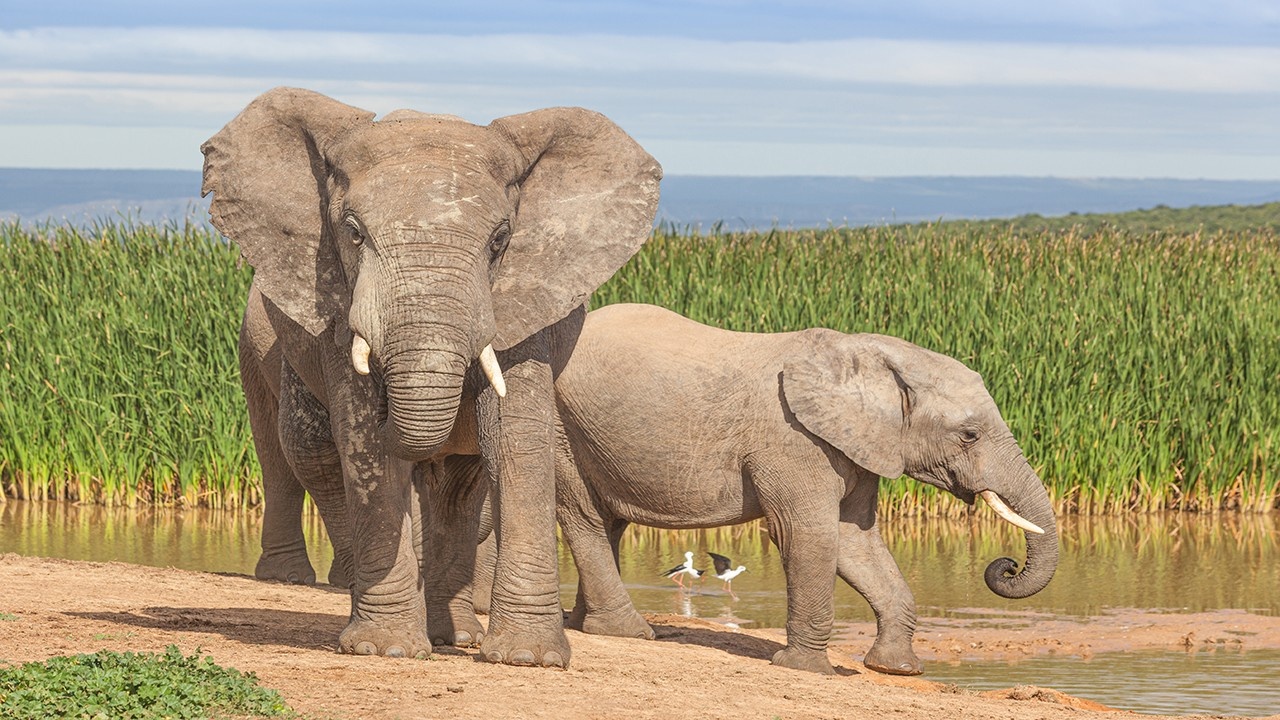 There’s a cluster of small colleges in New England with strong academics and very competitive athletics.

Many know about it.

I played at Tufts — a NESCAC member.

Here’s my introduction to the league — and in future articles I’ll dive into each school.

So for this article, I’ll dig into my memory bank…

I never heard of the NESCAC when I started my college search process.

I heard of some of the schools, but that’s it.

You gotta remember, lacrosse was sporadically televised when I grew up.

The Final Four was the only televised lacrosse.

I’d occasionally go to live games at Brown, and see them play teams like Cornell and Princeton.

I dreamed about playing at one of those schools…

I was a strong high school student.

(Looking back, I was the definition of a late bloomer.)

I had two priorities…

But as I got deeper into my college search process, Division III lacrosse began to look like a good fit.

My parents did a great job of exposing me to different campuses.

From the NESCAC, I visited Tufts, Bowdoin, Bates, Amherst, and Middlebury.

I first visited Tufts in the winter — it was cold, dark, and not inviting.  I never did a overnight visit.

(The only reason I applied to Tufts was because they accepted the Common Application… it was zero additional work as already had it completed for other schools.  I applied at the last minute due to my Mom’s encouragement.  Thanks Mom!)

I went on an overnight visit to Middlebury — stayed with a player.  It’s a beautiful campus with elite facilities.  They have a state-of-art hockey rink right on campus.

I was very impressed.

I did a day visit to Amherst after attending a summer UMass basketball camp.

I did an overnight visit at Bowdoin — stayed with a player (who I knew well).  I ate in the dining hall, one of the best in the country.  I applied, but it was never my top choice.

I did a day visit to Bates.  I had a high school friend there, and he showed us around.  I never talked to their lacrosse coach.  Nice campus.

I visited non-NESCAC schools as well…

I was recruited the hardest by Gettysburg and Sacred Heart.

Gettysburg is located in rural Pennsylvania.

Sacred Heart is in Connecticut.

I toured both schools and met their respective coaching staffs.

It’s nice to be recruited by schools.

You know they want you.

It also hurts when you don’t hear back from other schools.

(I always remembered those feelings when I went on to coach college lacrosse.)

I Didn’t Apply To Any Schools Early Decision

I didn’t have a top choice and wanted to see where I got accepted.

I heard back from schools in the spring of my senior year.

Yale rejected me.  (I would have gone if accepted… and then take my chances with walking-on.  They weren’t as good as Cornell back then.)

So I narrowed my choices to Cornell, Tufts, Middlebury, and Gettysburg.

At the time Coach Pitramala was the head coach at Cornell.  They were becoming an elite program.

I wasn’t recruited there, and didn’t want to risk walking-on.

I was accepted to Middlebury but with a caveat… It was as a February admit.

(Middlebury accepts 20% of their class as February admits.  I didn’t want to be home during the fall and miss captains fall ball and team lifts.  I thought it would put me at a disadvantage.  I still believe that today. I probably would have gone to Middlebury if I was accepted in the fall.)

Tufts accepted me first into their chemical engineering program.  I was surprised because it had a low acceptance rate.

(I had an awesome high school chemistry teacher, so was strong in that subject.)

My parents and I decided to visit again.

I had a MUCH better experience.

It was a sunny, spring day, and the campus was lively.

I talked to Coach Daly and they pitched me.

After getting home, I remember analyzing their lacrosse schedule with my Dad… we could tell Daly was trying to improve.

Tufts is the outlier of the NESCAC.

Tufts has its own campus just on the outskirts of Boston.

Boston is a top city for colleges… Harvard and MIT are down the road.

Most other NESCACs are located in rural areas, so the campus is the focal point of activity.

That’s totally fine, but you just have more options at Tufts.

I was very close to going to Gettysburg.

I had a high school mentor (he was the former baseball varsity baseball coach and also a gym teacher.  Very cool and funny guy.)

He asked me this…

If you got injured and could never play lacrosse again, where would you go?

I was never set on studying engineering, but once Tufts accepted me, I became very interested.

It boosted my confidence by giving me an “initial verification” that I might be able to get through it.

Before that, I doubted my ability to survive a college engineering program.

The Gettysburg coach told me that over 50% of incoming undergraduate engineers switch majors.

(Gettysburg didn’t have an engineering program.)

If I got hurt and lacrosse ended, then I could still get an engineering degree.

I decided to go to Tufts and play for Coach Daly.

He’s a tall guy with a broad frame.  He’s young and confident.

Sum this together and you get a strong, physical presence.

The lacrosse job opened up, and Daly jumped on it.

Back then, the program was the doormat of the league…

Over the years, Daly used his perceived ‘disadvantage’ of never playing lacrosse as a major ‘advantage’.

Daly’s extremely organized, and he thrives on structure.

Organization, logistics, recruiting, fund raising — those aspects exist in every college sport.  Handling this stuff properly is the secret to building a sustainable program.

Daly excels at this stuff.

Every month, week, and day had a respective plan.

There were depth charts posted.

(I still remember being last on the first posted depth chart my freshman year.  I used it as motivation.)

He preached “leave it cleaner than you found it.”

Early in my freshman year, I wore a personal t-shirt under my pads.  Daly was not happy.  Everyone had to be dressed the same… in team issued gear.

At times, Daly can be a man of few words… especially with “newer” relationships.

He’s not a screamer, but he’s VERY competitive.

He expects to win.

He picks and chooses when to oscillate his tone.

He normally didn’t have rah-rah pregame speeches… it was more like “we prepared properly, now it’s time to execute.”

This helps him dissect film and provide valuable coaching… (years of coaching football honed those skills.)

Over time, Daly would begin to see holes in traditional lacrosse strategy… holes that could be filled with “outside the box” thinking.

My earliest memories of Tufts lacrosse was how the core members were committed to building a winning program.

The program had a leader and a plan for improvement was in place.

Daly constantly talked about the competitiveness of the NESCAC.

We went to Florida in March of my freshman year to play in the Sun Coast Tournament.

It was nice to get out of the cold New England weather and play on a full field.

(It snowed a lot in Boston, and we didn’t have a turf field back then, so we spent the majority of preseason practices in the indoor track complex.)

Bowdoin and Williams were at the same tournament.

Bowdoin practiced next to us.

They looked very good, and I was in awe of how smooth their players moved.

Salisbury was down there as well, and they were the top program in Division III lacrosse.

Williams lost to Salisbury in that tournament 12-11.

Bowdoin (who I thought was better) lost to Salisbury 14-6.

The Tufts program wasn’t on that level yet.

We finished 3-6 in NESCAC my freshman year.

We beat Colby and Amherst… and knocked off Williams.

In fact, we had our best 8 days during a mid-season stretch with our Williams win, a decent (but losing) effort to Middlebury 13-8, then a win over Colby.

We lost a tough game to Bates in overtime.

After that loss, we limped out the regular season with bad losses to Wesleyan and Connecticut College.

We lost to Bowdoin twice — once in the regular season and again in the first round of the NESCAC tournament.

I started that playoff game, having worked my way up from the bottom on that initial depth chart.

It was a sunny, spring day.

Bowdoin had a lively crowd, and it was a high energy atmosphere for a Division III lacrosse game.

Bowdoin was a veteran team, and they controlled the game.

Our team was younger.

We walked off the field with plans to get back.

Going home that summer, I was excited to lift and play lacrosse.

I survived my first year of engineering… barely.