A Game of Runs - How Syracuse Took Down Albany 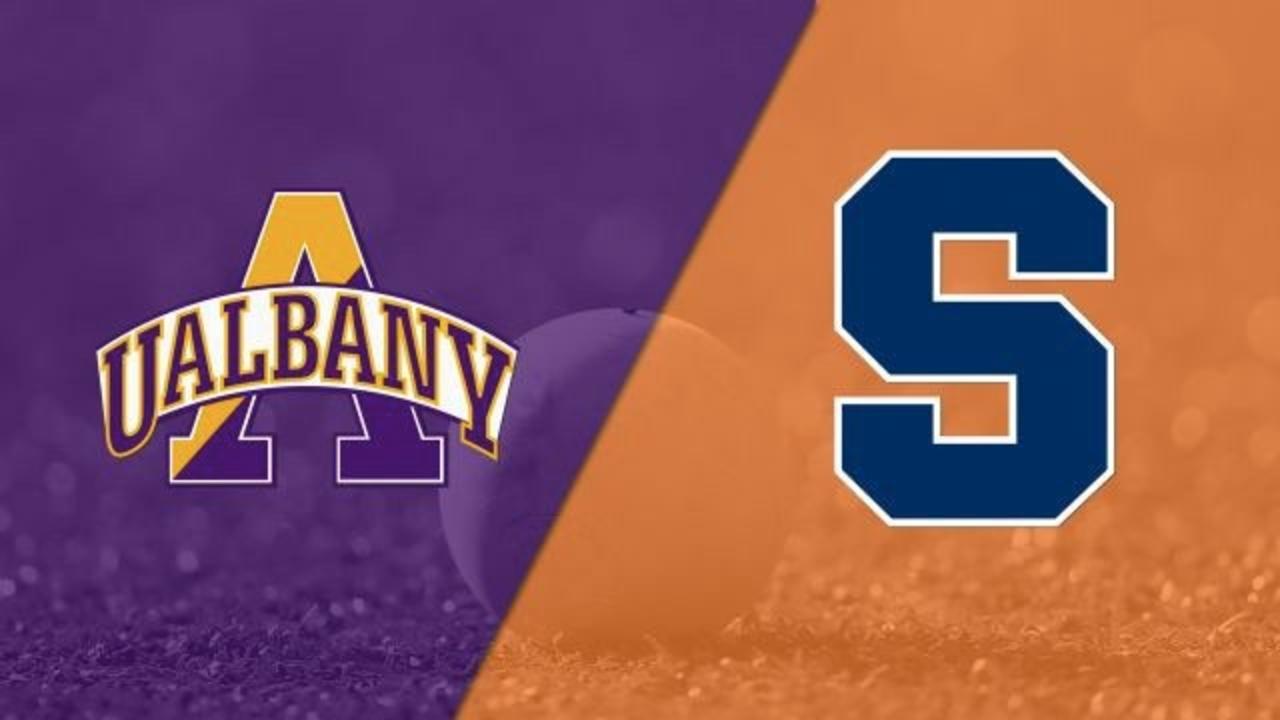 My new routine of breaking down a game each week is becoming a good time.

Back when I was coaching in college, I’d watch opposing teams play for the sole purpose of creating a scouting report.  Now I can watch the game with an expanded view… looking beyond the narrow scope of opposing player tendencies and overall game planning.

Something struck me while looking at each team’s roster…  Syracuse has 23 players that have redshirted.  Albany has 6.

Redshirting gives players an extra year to develop as they have 5 years to play 4 seasons.  So more than a third of Syracuse’s roster will be in the program for 5 years - giving them more time to improve and learn the system.  That’s significant.

This was Albany’s season opener, and they were trying to avenge last years playoff loss to Syracuse.

John Desko is in his 19th year as the Syracuse head coach, while Scott Marr is in his 17th year leading Albany.  Both guys have been around the block a few times, and both have distinct coaching styles.

Coach Marr doesn’t run any plays.  His entire offense has players reacting off one another… it’s structured freelance if that makes any sense...

Syracuse is flat out dangerous.  Their top offensive guys can go head-to-head with any comparable unit in the country.  I love their poles as they all can handle the ball extremely well.  Their face-off guy and goalie are solid as well.

This was a game of runs, and Albany enjoyed the first one as they took a 6-1 lead minutes into the 2nd quarter.

Momentum would shift soon after, and it all started at the face-off X.

Albany was whistled for its third face-off violation giving Cuse a man-up opportunity.

A mini-run resulted and Cuse popped another in.  6-3.

I still find it crazy how such little things can cause such dramatic results.  That third face-off violation gave Syracuse life, and they would take full advantage.

Connor Fields is Albany’s top attackman, but he couldn’t get anything going all day.  To end the 1st half he had a decent look to score but couldn’t convert.

Just look at how much attention he receives when he's got the ball.  It's fair to say that Syracuse was determined to stop him all day...  There were multiple guys on him constantly.

Cuse came out firing in the 3rd quarter and dominated to take a one goal lead.

In fact, after Albany’s hot start they were held scoreless for 30 minutes.

To their credit, they didn’t flinch and kept battling.

Albany went on their mini-run and pumped 2 in to re-take the lead.

(I found it crazy how hot and cold both offenses were throughout the game.  Both teams have solid groups, but a save here and pipe there prevented tons of good looks from going in.)

JD Colarusso, the Albany goalie, kept his team in the game during their drought with huge save after huge save.

Sergio Salcido is Syracuse’s glue…  This kid does everything and was named 2nd Team All-American last year.  However, he was scoreless in his first 7 quarters of the season (including the Sienna game).

He had several looks in the first three quarters but couldn't convert.

That might discourage a younger player, but not Salcido.  He’s a redshirt senior with loads of game experience, and he never stopped fighting.  (The Syracuse redshirt pattern that I discussed earlier isn’t done by accident by the way.)

Salcido ripped a shot early in the 4th to tie it at 8.

However, Salcido lost control of his emotions and received a misconduct penalty after his goal.  It looked like he talked some smack... (I guarantee you that Coach Desko was chastising his senior captain for this bone headed move in their Monday post-game film session.)

The penalty resulted in an automatic Albany possession plus a man advantage for a minute.

This is huge!!! Especially in a game where Cuse is dominating face-offs.

Salcido redeemed himself by sniping his second goal to give Cuse a 9-8 lead.

What action baby!!  Just a back and forth battle with tons of 4th quarter swings.

Albany had possession with less than two minutes to play, however, a Cuse defender picked off a pass.  (Again… I’m a big, big fan of Cuse’s defensemen.  They consistently pick up first-time ground balls.  They can all push the ball in transition.  And they all play solid defense.)

With 6.7 seconds remaining, Coach Marr called a defensive time-out to organize (and maybe rest) his crew.

But it also gave Coach Desko and Coach Donahue (Cuse’s pseudo offensive coordinator) time to draw up a play.

Although Albany defended it well, Nick Mariano scored a ridiculous goal to win the game.

What a game though.  Expect to hear some noise from each of these teams as the season progresses.

I'll be watching Maryland vs. Yale this week.

Stay tuned next week for the analysis...